I’ve heard a multitude of people mention the Kickstarter platform is a great way to validate your product within a community. Whether this be a surprise to you or not, it turns out that the single biggest community on Kickstarter (and hence where the most money is flowing to) is tabletop gaming. Statistically, it’s staggering. Year over year, the tabletop gaming space on Kickstarter has grown 30%, with hundreds of millions of dollars flowing through the platform. Kingdom Death: Monster 1.5 became the highest funded game ever on a crowdfunding platform, and also cemented itself as the fourth-highest earning campaign in Kickstarter history. Considering that two out of the four most funded projects are now the defunct but widely popular Pebble smartwatch, Kingdom Death is in esteemed company. So what gives? What is making these tabletop games so successful? Is it a resurgence back to a time not clouded by constant staring at a screen? It turns out, that the most successful games have similarities, and I’m here to show you them. This is the historical breakdown of Kickstarter statistics for Games, as you can see here, Games have accounted for over a quarter of all dollars being spent on Kickstarter.

Kickstarter stats of all time funding, notice games is almost to a billion dollars

For the sake of brevity, I’m going to go over a lesson from each of the top three most-funded tabletop games on Kickstarter. Funnily enough, as I’m writing this article, there is an active Kickstarter poised to take over one of those four spots, but that’s neither here nor there. 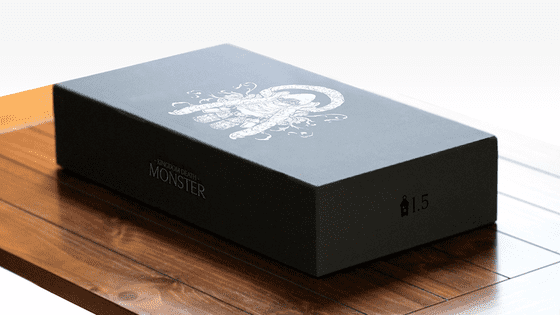 Coming in at the number one overall tabletop Kickstarter ever is Kingdom Death: Monster 1.5. There’s a lot to cover here, but suffice to say Kingdom Death is one of the most ambitious tabletop projects ever to be conceived. Adam Poots, the designer of the game initially had great Kickstarter funding success with his previous iteration of the game. Now, the game sells for $400 on their main site. So what worked for them?

Does it matter? It does and it doesn’t. People will always pay for what they deem to be worth it. At the time of the Kickstarter the game was selling for several hundred dollars cheaper, which, at that point of time was an incredible deal. There was an insane amount of work, with the miniature sculpting, the depth of the storyline, and the massive variety of monsters that this game was priced appropriately.

I’ve heard people mention a few times to me, “But, you can get more backers by selling the game for a cheaper price”. Is this actually true? Let’s look at some data.

Let’s be clear here though, price does matter. People are never going to buy a product that they deem cheap, or too expensive. With that being said, a key to Kickstarter is offering a good deal. This can be accomplished in numerous ways, but offering incentives through stretch goals, reduced prices for add-ons, and other unlockable’s are always going to keep people in your feedback loop.

What really sealed the deal for this game was the miniatures and the storyline. Custom sculpted pieces of artwork that will last forever, and a long playing (60 hours plus) game with a deep storyline? Sign me up, and nineteen thousand other backers as well. 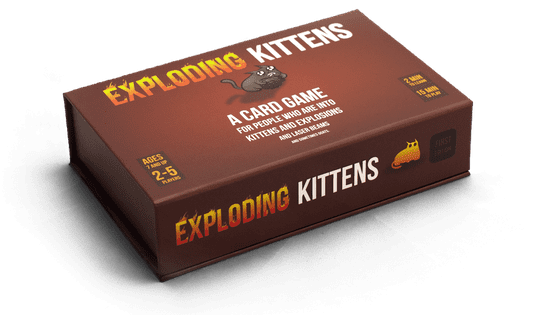 Honestly, the biggest takeaway I got from studying this Kickstarter was the sheer amount of people they reached and won over. The Oatmeal, run by Matthew Inman, is a massively popular site, with many of the backers of the game flooding in from there. Not only that, they managed to capture a portion of the market that many in tabletop circles consider no-man's land. The intersection of the casual board gamer, and the serious board gamer. Existing in this neutral zone is incredibly difficult, and without sufficient support structures can be deadly. Why? The reasoning behind this is simple, you are not one or the other. Now, most might say, well Exploding Kittens is a more casual game, and yes I would agree with them to a point, but I know I’ve played it in a group of serious gamers. It’s lighthearted, casual, and has some serious elements to it.

Ultimately, the Kickstarter lesson to learn from this game is your community matters. Engaging with people early and often before the Kickstarter launch will help win people over to your side and generate interest. Be prepared, don’t expect people to search for your game when you haven’t told anyone about it. 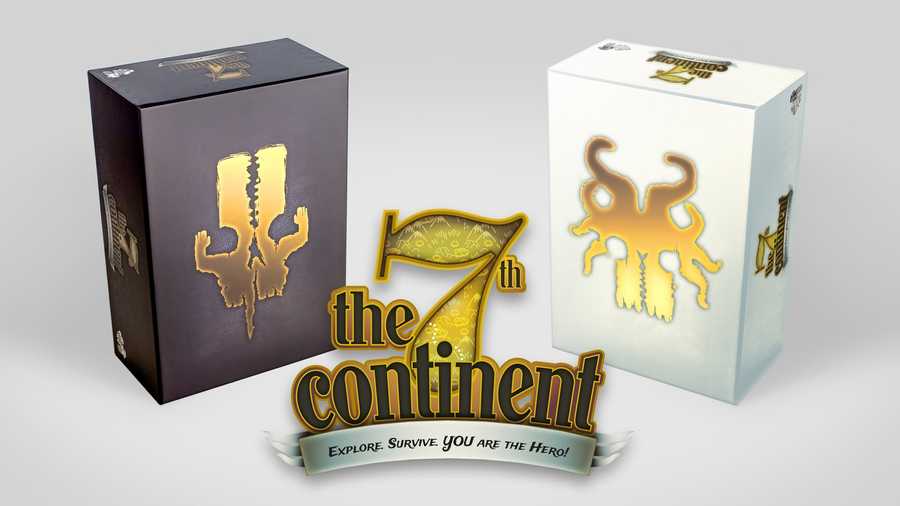 The 7th Continent. A throwback to adventure games, it is the quintessential choose your own adventure tabletop game. With a massive backing behind it (43k backers and over 7 million dollars raised) it comes in as one of the most successful tabletop Kickstarters ever and number three overall. Let’s talk about what worked.

Striking similar parallels to another game on this list (Kingdom Death) The 7th Continent is a fully immersive game with a rich storyline, long play time, and miniatures. In my opinion, one of the biggest “wow” factors that this game brought to the tabletop scene is the sheer scope of amazement. This is an ode to the storyline, the description below is from their Kickstarter description.

1907 A renowned explorer, you have just returned from the first expedition on the seventh continent, a mysterious land that was recently discovered off the coast of Antarctica and is very likely the last Terra Incognita in the world.

You are recovering from your adventure when, whilst reading the daily newspaper, you realize that several other members of the expedition have disappeared suddenly, for unknown reasons.

Coincidentally, you have been lethargic for a few days, feeling feverish and finding it difficult to get out of bed. A cold shiver runs down your spine and you are in a constant state of depression and malaise.

You are going to have to face the facts: an evil is consuming you from within. When night falls, you slip into a restless sleep unaware that, for you, this is only the beginning…

It’s hard to resist it, and why should you? Reading through this Kickstarter is a great instructive lesson in the power of storytelling. Everything is based around it, and they are all in on it. Mechanics, play style, everything revolves around the richness of the storyline that they were able to achieve. It definitely helps to be a long playing role-playing based tabletop game for this to be effective.

The pledge levels that The 7th Continent went to Kickstarter with were simply amazing. It encouraged up spend drastically to unlock all the expansions that were available. Using words like, "all NEW gameplay expansions" and "grizzled explorers" they managed to bridge the line between appealing to the masses and hitting their niche market.

Generally speaking there are a few key takeaways that appear in all these Kickstarters. This is as follows. The price of the game didn't really matter, but the artistic integrity did. And this is a point to harp on. People care about the eye-test, so make sure it's good when you are going on the platform. Your art matters, and it's something that we are taking very seriously at Two Robots.

They are all complete games, with a huge community behind them. Generally, it's pretty difficult to get to the scale of the communities that were backing these games, but having one is paramount to any type of success. In life and in tabletop games everyone needs an ally, and these game managed to garner the masses for that. Speaking of allies, how about we ally up? We are planning more content for you to read. All you have to do is subscribe on our home page.

The space is hard. There's a lot of competition, but the best always rise to the top. That is without a doubt true in this industry, and most others. If you are reading this, have comments for us, or just want to share some knowledge, feel free to reach out to us on any social media, or hit our inboxes directly. We would love to hear from you. Signing off for now. --

This post was written by Aaron Dack.He often goes by the moniker "Robot 2" and his favorite robot is the electrical/solar Hybrid.
Made with ❤️ from Austin, TX
Copyright © 2019. Two Robots, Inc.